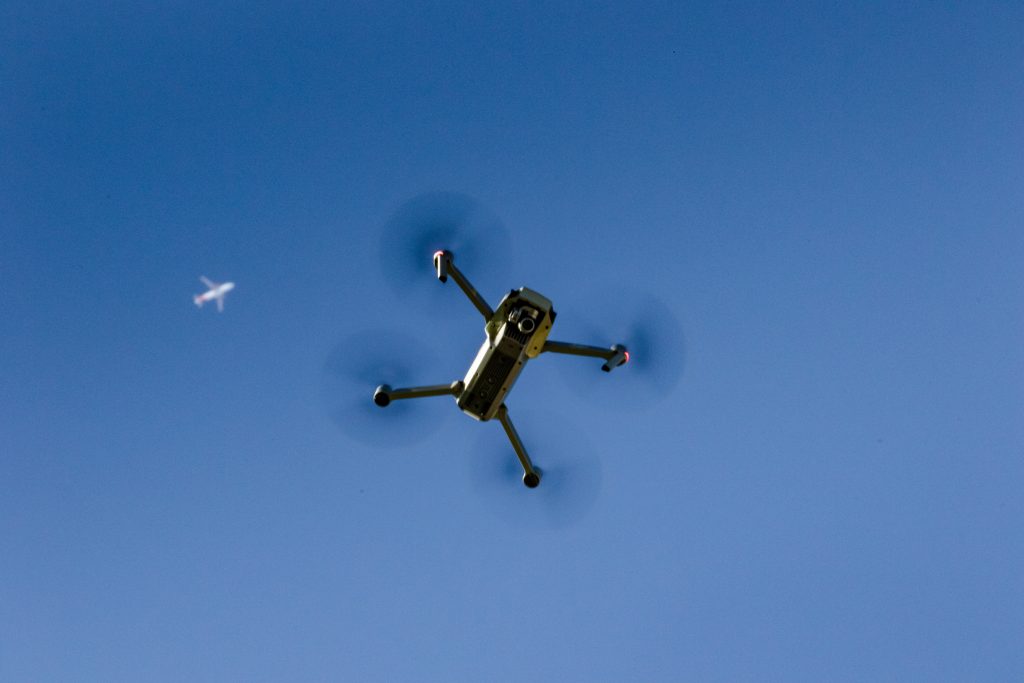 How to Fly a Drone Near or in Controlled Airspace

Drones, or unmanned aerial vehicles (UAV), are aircraft without pilots, crews, or passengers. Unmanned aerial vehicles (UAVs) are part of an unmanned aircraft system (UAS), which includes adding a ground-based controller and communication system. As remote-piloted aircraft (RPA), UAVs can be flown by a human operator, or with various degrees of autonomy, like autopilot assistance, up to fully autonomous UAVs that don’t need human piloting.

By the 21st century, UAVs had become indispensable to most militaries for missions that would be too “dull, dirty, or dangerous” for humans. The use of control technologies has expanded to a number of non-military applications as control technology has improved and costs have decreased.

Drones can be used for many purposes, such as forest fire monitoring, aerial photography, product deliveries, agriculture, policing, surveillance, an inspection of infrastructure, science, smuggling, and racing.

What is “Controlled” Airspace?

The term controlled airspace refers to a wide variety of airspace classifications and defined areas where air traffic control (ATC) services are provided. This includes Class A, B, C, D, and E airspace

There is no need to worry about Class A airspace – it doesn’t even begin until 18,000 feet above sea level and then extends even higher. Since drones can only fly 400 feet above ground level (AGL), you’ve got plenty of separation between you and Class A airspace (like over three miles of separation, so don’t worry about Class A). When commercial airlines transport passengers, this is where they’ll spend most of their time.

As a general rule, Class B airspace extends from the surface to 10,000 feet above mean sea level (MSL). Our nation’s busiest airports are located in these areas, creating the largest funnels (often called an upside-down wedding cake). Dallas-Fort Worth International Airport (DFW), or Hartsfield-Jackson Atlanta International Airport (ATL), will have significantly more planes coming in and out of the airport than any other airport. As a result of the volume and size of these planes, the airport will need to provide more time and space for landing and taking off, requiring a larger controlled airspace area.

Class C airspace is generally airspace from the surface to 4,000 ft MSL surrounding airports that have an operational control tower, are serviced by radar approach control, and have a certain number of instrument flight rules (IFR) operations or passenger enplanements. In other words, Class C airports have fewer planes departing than the large international hubs that exist in Class B airspace – they aren’t “small”, but they are smaller than Class B airports and as such, have a smaller section of controlled airspace.

In general, Class D airspace consists of airspace up to 2,500 feet above MSL around airports with a control tower. The FAA created a visual representation of Class D airspace as one tall cylinder – without prior authorization, drone pilots cannot operate in Class D airspace since it always begins at the surface. While in Class B and C airspaces, there is a gap between the floor of the airspace and the surface, potentially allowing drones to operate.

Controlled airspace of class E is not classified as Class A, B, C, or D airspace. Class E airspace can either begin at 700 ft AGL, 1,200 ft AGL, or at the surface. This makes up a significant volume of the airspace over the United States, but of the three types of Class E airspace, the only type that drone pilots need the authorization to operate in is lateral surface Class E airspace around an airport.

What is needed to fly a drone near or in the controlled airspace?

There is no such thing as “unregulated” airspace; FAA laws apply to the whole National Airspace System. Drone pilots should understand the distinction between regulated and uncontrolled airspace, as well as where they can lawfully operate. Aviation traffic controllers actively communicate with, direct, and separate all air traffic in controlled airspace around particular airports and at specified altitudes. Other airspace is classified as uncontrolled because air traffic controllers do not direct traffic within its boundaries.

How to request a Part 107 Airspace Authorization?

This information is only for drone pilots flying under the small Unmanned Aircraft Systems (UAS) Rule known as Part 107.

The Operations Over People regulation permits small UAS to fly at night without requiring a waiver. To follow the rules, you must:

You can apply for:

Airspace authorizations through Drone Zone are available for both day and night operations. Follow the steps below to get approval for your flight.

What exactly is LAANC?

The Low Altitude Authorization and Notification Capability (LAANC) is an FAA-industry partnership. It immediately helps the integration of unmanned aircraft systems into the airspace.

The capability permits the sharing of airspace data between the FAA and entities certified by the FAA to provide LAANC services through the UAS Data Exchange. The companies are known as UAS Service Suppliers (USS), and they are the ones who provide the desktop and mobile apps needed to use the LAANC capabilities.

What are the mechanics behind it?

The FAA UAS Data Exchange checks requests against a variety of airspace data sources, including UAS Facility Maps, Special Use Airspace data, Airports, and Airspace Classes, as well as Temporary Flight Restrictions (TFRs) and Notices to Airmen (NOTAMs). Pilots can obtain their authorization in near-real time if they are accepted.

Drone pilots do not need to alert the tower before flying unless it is specifically requested in permission.

Only airspace authorizations are provided by LAANC. Pilots must continue to check NOTAMs, and weather forecasts, and adhere to any airspace limitations.

Drone pilots can employ LAANC in a variety of ways and at different times.

Drone pilots who plan to fly below 400 feet in regulated airspace near airports must first get an airspace authorization from the FAA.

LAANC is available to pilots operating under Part 107 of the Small UAS Rule or the Recreational Flyer Exception. You can use one of the FAA-approved LAANC UAS Service Providers to gain access.

LAANC can be used in two ways:

Part 107 pilots can fly at night with the help of LAANC and national authorization.

If you need to fly above the stated altitude ceiling, submit an “additional coordination request.”

The FAA has made it easier than ever for drone pilots to receive approval to operate in controlled airspace near airports or in controlled airspace thanks to the LAANC system. Approval can now be obtained in minutes rather than the weeks it used to take. One of the more pleasant changes in the drone flight community has been this.

Even if you obtain LAANC authorization, you must follow the standard flight rules, particularly the requirement of always giving way to manned aircraft. You must also observe the altitude ceiling for each type of controlled airspace.

Having a licensed drone pilot work on your project will keep you and your property safe, plus prevent unwanted fines or issues.